Last night, I had the privilege of seeing The Hunger Games: The Mockingjay: Part 1. I read the books a while back and don’t remember if it followed the book closely, but I feel that it had a huge impact.

The first two books/films were necessary in setting the scene for the third installment in the Hunger Games trilogy/series and definitely had impact, but this one just seemed like a major wake up call. As I watched, I kept seeing parallels between that world and ours.

I’ve written about it before – we read to see ourselves. And I definitely saw us.

I hope that was comprehensive and left you with something to think about (as is always my hope).

A huge thanks to Suzanne Collins for her time and effort in writing The Hunger Games trilogy as well as to the whole film team in bringing it to life. You can read about death and imagine it, but until you see it, it’s hard for it to have as large of an impact. I cannot wait for the last installment in this film series. The books were amazing with a message to match and now the films are doing a great job in helping us visualize horror and truth.

Listen. I can’t get enough. I think I’m going to buy this when it comes out tomorrow on iTunes.

(If this is only semi-incoherent, it’s because my thoughts are sort of jumbled and I have so much to say, but not the talent to say it. I wish I could pay adequate tribute to my hero, but hopefully the message comes through clear.)

They fight people making the wrong choices – choices that can affect the world in a negative way.

They are normal human beings until they decide they want more. They’re normal until they realize that the future is in every individual’s hands. They’re just like us. But they choose selflessness. They choose possible death because life is nothing without the freedoms they fight for.

My great-grandfather died the other night. I’d only met him a few times since he lived up north and I down in the south, but have been quite fond of him. I remember the telephone calls, the couple of weeks we spent up in New Hampshire cabins with him several years ago, lunch at

Young’s, his cat (Pudder), and the way he would end his calls with, “God bless each and all of you.”

Lt. Col. Charles E. McLean was a World War II and Korean veteran. But I knew him as Grampy Mac, the great-grandfather who fought for my country. Who fought for me before I was born. Who would say, “Semper Fidelis” which means “always faithful” in Latin. He would tell the hour by military time. He asked me on the phone once, “What time would it be at thirteen hundred hours?”

I think we all owe that man so much more than we could ever give. He was an active member of society up until his death. He was proud of his service to our country and when he spoke, he commanded the room. Mac Mclean was very opinionated (and he had a right to those opinions, mind you – he risked his life for ours), stood by his values, and contributed to a society that has nearly forgotten that WWII even happened.

At 97, he still hadn’t lost his sense of humor. At lunch last year, he would say, “I should be dead. But, hey, the Good Lord’s kept me here for some reason.” Or something along those lines. 😉

One of the things I admire about him is his absolute selflessness. Even though he suffered from Alzheimer’s (which was the cause of his death), he continuously gave himself to the community. He’d allow college students to board with him, met with members of society on Tuesdays for lunch (and would invite people he’d just met to attend with him), and didn’t mind sharing his history, knowledge, faith, or opinions.

Now, I’d like to share a story with you. It’s one of my favorites. And this actually happened!

In Mac’s words, “From the nearby village appeared an elder carrying a basket of apples. His tall stove like top hat defined his status. I bowed gratefully, accepted the fruit, and he returned to the village.

A young man then appeared saying, “Me Jap, Me Jap,” I started to walk downstream with him walking next to me about 20 yards away. We had covered about a quarter of a mile when a hail of bullets, with the Doppler effect of tumbling ammo surrounding us, came our way. I concluded they were not leaning on their weapons. Thank goodness their aim was very poor.” It was a North Korean Rifle Company of about 150 men.

As I began walking directly to them, the firing ceased, I picked out the commanding officer, walked up to him, came to attention saluted and shook his hand. I then reached into my uniform and withdrew ten packs of cigarettes, ten Hershey bars and began distributing them to the Commanding officer and the soldiers. Amid big smiles and a relaxed situation, I then again, saluted, shook hands, and continued on my way expecting at any moment to be fired upon, shot in the back and be killed. They didn’t shoot nor did they follow. I continued to walk and eventually met up with and joined some South Korean troops and safety.”

My great-grandpa was pretty darn cool. ^_^ And to make him even more admirable, he won’t have a funeral. He’ll be having a celebration of life ceremony (?) instead. Doesn’t get more selfless than that.

Please, if you’d like to know more about him, click here and here. Our soldiers deserve so much more than we give them. I pray for their safety and peace of mind. May God bless them and their families.

R.I.P., Grampy Mac. ❤ Thank you for setting such a positive example in a world that disrespects most the ones who deserve the most respect. Thank you for your decision to protect the greatest country in the world. Thank you for fighting the enemies of justice, morality, and basic goodness. 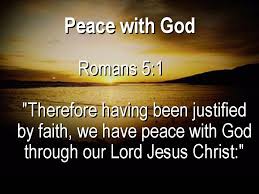 So, a friend (she hasn’t updated that in a while, so…) sent me an email and I almost freaked. XD You know how I just did a post on peace? Well now I get an email on it! And you want to know who it’s by? The Pope! He’s asking us to be praying on September 7, 2013 for peace. Here’s the letter.

Seriously though. You don’t need to be Catholic to pray for this. We’re all humans, we all live here. What happens on end end of the world affects the other. Never is one person or nation solely responsible for the destruction that happens on this planet. Like Einstein said, “The world will not be destroyed by those who do evil, but by those who watch without doing anything.”

Without further ado, here’s the letter. 🙂 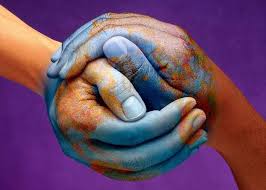 So, everything going on in the Middle East is pretty unsettling. =S

I have family over there and things are pretty messed up. I’m half Lebanese, half American, and I’ve got Scottish, Irish, Native American, German, and a few different other cultures mixed in there.

But I don’t think one needs to have ties with those countries to be concerned. We all live in one world. And it’s the only one we’ve got. We need to be taking care of it and each other. Using gas bombs, missiles, and other weapons against each other isn’t the way to achieve anything but war, hate, and death.

If that’s what our goal is, then do carry on.

I don’t think it is though. I think we were made for so much more. I see faces in the newspaper. Beautiful faces, scarred faces, young faces, old faces, fair skinned, dark skinned, red skinned, yellow skinned… It makes no difference. I see these people, I read what they’re convicted of, and it makes me sad.

We were made for so much more.

So, I challenge you.

You’re reading this. I want you to smile at someone today.

I want you to smile at the cashier in Publix.

I want you to ask them how they’re doing.

No one cares anymore. Let’s change that. Okay?

Write a nice, encouraging note and leave it in a public place (a library book, sticky note on a public restroom stall, anywhere you want) and in that note, ask the receiver, whoever it may be, to spread this.

It doesn’t take much effort. An encouraging quote, Bible verse, or statement on a little piece of paper, on a sticky note.

Let’s be the change we wish to see in this world. ❤ Let’s pray for peace. 🙂

Now here’s something from me to you. This is my note:

“Do not let your hearts be troubled. Have faith in God and faith in Me. ”

(If y’all want, we could start reblogging this and make it a thing. 🙂 )